Skip to content
BLITZ: Season awards for the ACAC
Blitz

BLITZ: Season awards for the ACAC

The dust has settled and Blitz is making final preparations for his long hibernation. While you lesser beings are trudging through months of cold, snow and ice, this bear will […]

The dust has settled and Blitz is making final preparations for his long hibernation. While you lesser beings are trudging through months of cold, snow and ice, this bear will cozily be sleeping away and looking forward to the 2020 football season. 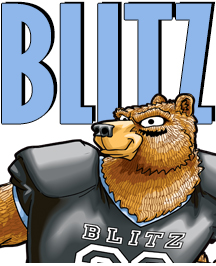 Before Blitz takes his long rest, how about some season-ending awards? All this week, Blitz will be giving out some awards for each conference in northeast Indiana, and what about one more prediction?

We continue today with the ACAC.

The Starfires broke 44 program records while winning the ACAC regular season and a sectional championship, with many of those records falling by the arm of Arnold.

The junior is already South Adams’ all-time leading passer with a year of eligibility left. This past season, he threw for 3,168 yards and 43 touchdowns, easily emerging as the league’s biggest offensive threat.

Scary news for opponents, he could be even better next year.

Speaking of juniors, Nick Miller was another one for the Starfires that made an impact on Friday nights. What makes Miller the MVP of the ACAC however, is the fact that he was such a big presence on both sides of the ball.

Miller was a menace to opposing defenses from his linebacker spot, amassing 66 tackles, 20.5 TFL and 5.5 sacks for South Adams. He was also one of the Starfires’ leading receivers, hauling in 35 passes for 822 yards and eight TDs.

For the previous two years prior to 2019, Logan Macklin was the do-everything two-way stud for Adams Central that delivered week after week.

Who was going to be the man to step up in Macklin’s absence? Turned out it was Heyerly, who carried the load rushing for the Flying Jets as the season progressed, particularly in the playoffs.

It was Heyerly who scored all three of Adams Central’s wins in a 19-7 victory over South Adams in regional play while finishing with 151 yards.

Consider the fact that Heyerly is just a sophomore and ACAC teams are concerned what they will face the next two years.

In the preseason, Mosser questioned whether his team would be capable of finishing in the top 3 of the ACAC. Turns out not only did they finish just a game behind South Adams, the Flying Jets matured enough to upset the Starfires in regional play and challenge Lafayette Central Catholic just a step away from the state finals.

Whereas in the last few years, Mosser admittedly was a coach who tried not to mess up the wealth of talent he had, 2019 was different in that he and his staff had to truly coach a group up. They did an astounding job, with AC finishing with 12 victories.

We all thought it was a formality.

After thumping Adams Central 42-14 in the regular season, South Adams looked to be a team that would take care of business against its rival again when it came to a regional matchup.

Turns out, we were wrong.

A sensational defensive game plan, a ball-control offense and miscues and missed opportunities by the Starfires led to arguably the biggest upset of the season on Regional Friday. It is a result that still stings one side and injects boastfulness in the other.

Blitz is already eagerly anticipating the rematch between Adams Central and South Adams in 2020, which will be played on Sept. 25 in Berne.

There is a stupid amount of talent set to return to both teams, with the Flying Jets showing that they are no longer in need of time to mature after knocking off the Starfires in the playoffs.

These two teams may very well be No. 1 and No. 2 in Class A when they clash in late September next year. Blitz is giving the edge to the Starfires, for now. 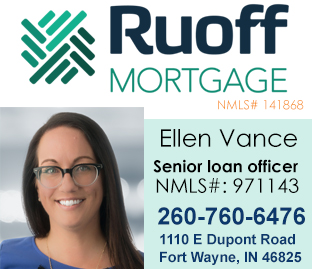