BLITZ: Season awards for the SAC

The dust has settled and Blitz is making final preparations for his long hibernation. While you lesser beings are trudging through months of cold, snow and ice, this bear will […] 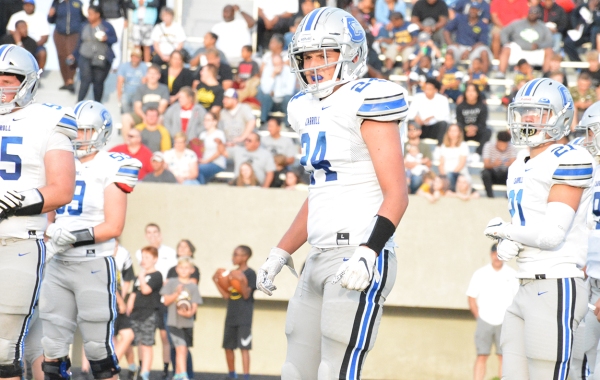 BEAR NECESSITIES: What you need to take from Week 2

It was another tremendous evening for football on Friday, with temps in the 70s and not a drop of rain anywhere. The action on the field? It was nearly as […]

COACH’S CORNER: The big boys of the SAC and what they do so well

Coach’s Corner is a new weekly feature at Outside the Huddle written by Kevin Merz, former Bishop Dwenger quarterback and North Side offensive coordinator. It is no secret that year […]

Kurt Tippmann isn’t going to equivocate. Snider is a team who sets out to be champions. Period. End of conversation. “Our goals are the same every year, to win a […]

IHSAA rules change bumps Snider football back to Class 6A

The excitement around a potential Bishop Dwenger vs. Snider postseason matchup has been squelched by the Indiana High School Athletic Association. Snider coach Kurt Tippmann confirmed to Outside the Huddle […]

It was a busy day for the IHSAA on Monday. Not only were the new sectional alignments announced, but several key rules changes for football were approved. The primary new rule […]

After first being reported by Outside the Huddle in December, the installation of field turf at Spuller Stadium was officially approved by Fort Wayne Community Schools on Monday. To say […]